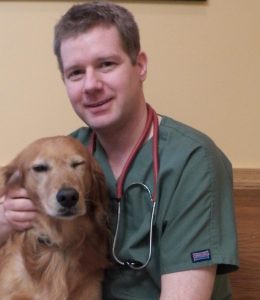 Dr. Chris is from Muskogee, OK. He attended Oklahoma State University for both undergraduate studies and his veterinary degree and graduated in 2009. He met his wife, (the other Dr. Bilby) in Veterinary school. They were married between their second and third year of vet school and came back to her home state to practice after graduation. They have a son named Arthur, one dog, and two cats.

Chris has a professional interest in radiology, surgery, and feline medicine. He splits his time between working here at Waggin Wheel Vet Clinic and working with The Village animal shelter and Animal Welfare League. His talents include sailing and playing the tuba. He enjoys reading as well as playing video games and practicing Taekwondo with his family. 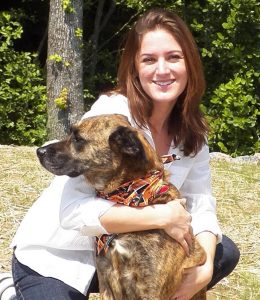 Dr. Bilby grew up in Russellville, AR. After graduating with a biology degree from UCA, she attended Oklahoma State University’s College of Veterinary Medicine {Go Cowboys I). She met her husband, Dr. Chris, in class and they were married halfway through Vet School. They practiced in Conway for a few years after graduating in 2009 before relocating to the Hot Springs area. They celebrated the birth of their son, Arthur, in 2013 and were thrilled to become parents. Their 4-legged children include Indy the Golden Retriever and Ramses the cat. Their 3-legged child is a cat named Midna.

Rebecca is an avid reader and always recommends reading the book before watching the movie. She enjoys playing videogames with family and occasionally drawing or painting when the mood strikes. She and her family have also started taking Taekwondo classes together. She is very blessed to have a wonderful, growing family and to be working in a career she loves! 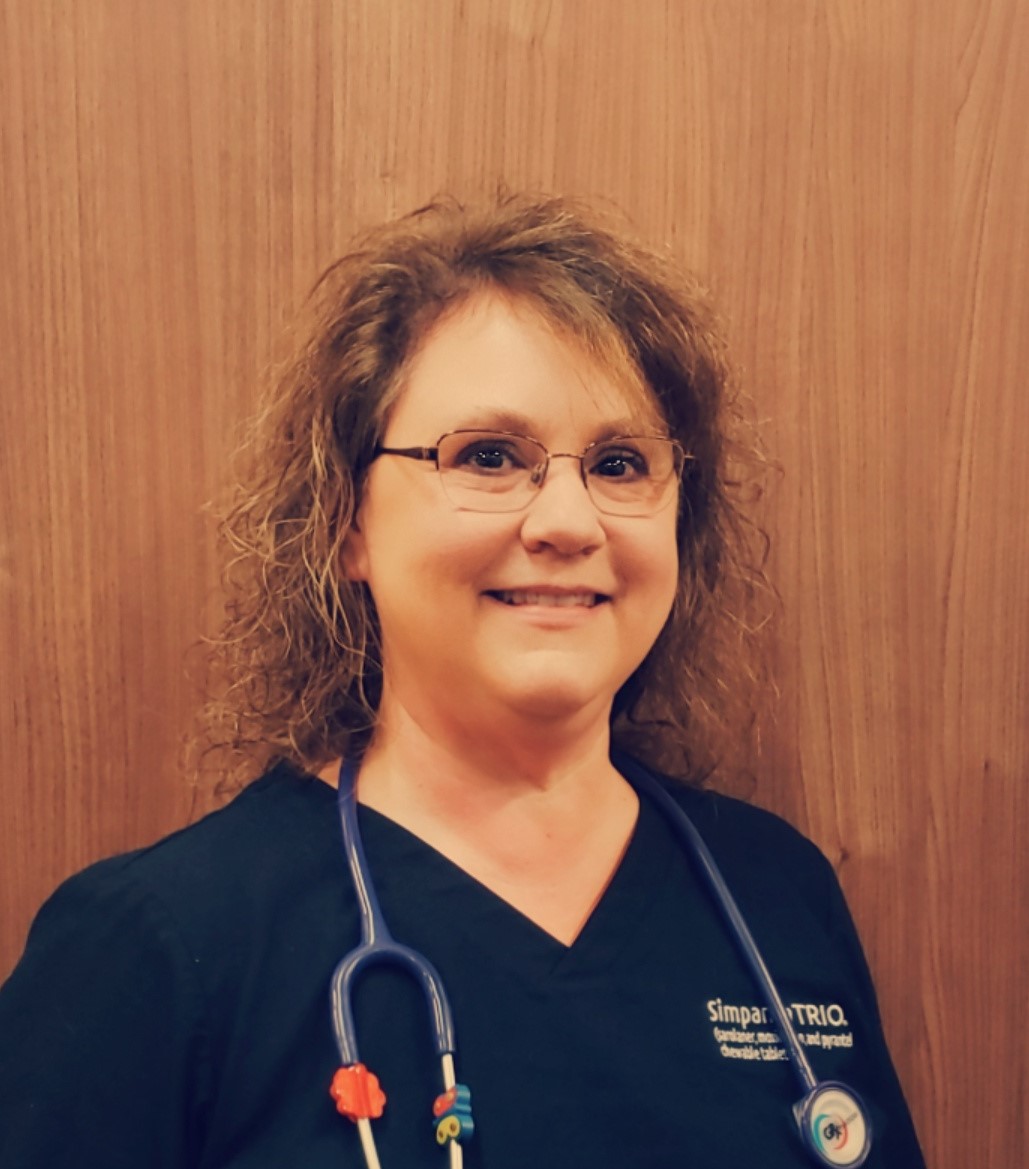 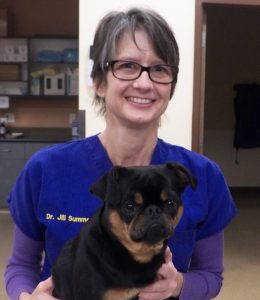 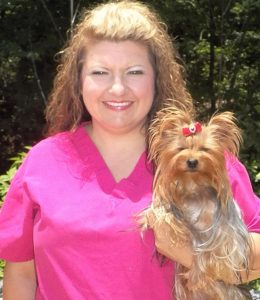 Rebecca Burnett is our Practice Manager. She has worked in the veterinary field since 1993. She
started working as the receptionist for us at Village Pet Clinic in 2000. She has six yorkies and two Maltese. 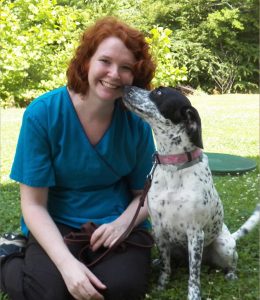 Brigid is a Certified Veterinary Technician. She has been a technician for 10 years. She graduated from Suny Canton Upstate New York in 2009. She has been with us since 2012. Brigid has three cats and two dogs. When she’s not working she enjoys reading and hiking with her dogs. 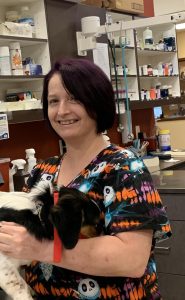 Carmela has been working as an assistant in the veterinary field since 2002 and joined our practice in 2007. She has one dog and four squirrels. She has a special love of cats (She’s our cat whisperer!) and rescues orphaned squirrels. 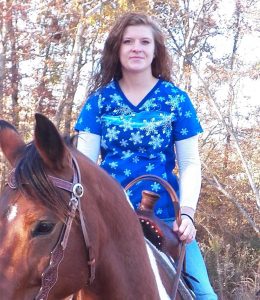 Samantha has been in a vet clinic as kennel tech, receptionist, and assistant since 2010 and in our clinic since 2011. She has one daughter who is passionate about animals, three Labrador Retrievers, horses, and many cows. She loves riding horses and being outdoors with her daughter in her free time .

Emma graduated Cosmetology School in 2016 and later came to work at our clinic at the end of 2018. She has two beautiful daughters, one chocolate Labrador Retriever, and horses. Emma loves doing hair on the side, riding horses, and being outside with her girls in her free time. 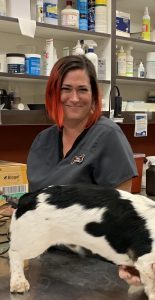 Tanya has changed careers to follow her passion of working with animals. She has work as a Vet Assistant for over 2 years. She has a dog named Harley along with three beautiful kids. She loves spending time outdoors, especially around water; swimming, fishing, and enjoying life.

Holly has a degree in Phlebotomy and spent many years in human medicine with several hospitals and doctor’s offices. She has two older sons and two amazing Grand dogs. Kingston the Rott and Radar the German Shepard. Holly enjoys hanging with friends and family in her free time. 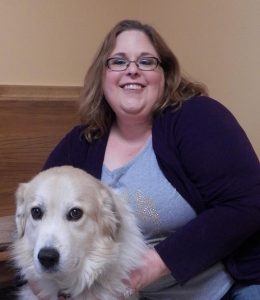 Julie is our Front Office Manager. She has a degree in Radiologic Sciences and has worked many years in the human medical field in various capacities including X-Ray, CT, & MRK and several doctor’s offices. After too many years with humans she made the wise decision to switch to animal care. She has three dogs & one rescue squirrel. Julie is very involved with her church and loves music. 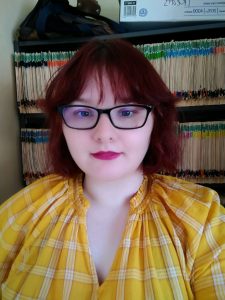 Megan S. has been working as an assistant since 2004 and for our clinic since 2007 then moved to receptionist in 2018. She has three cats. 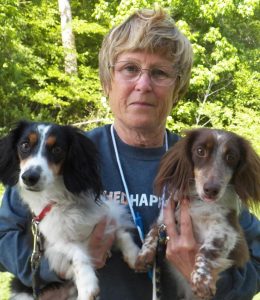 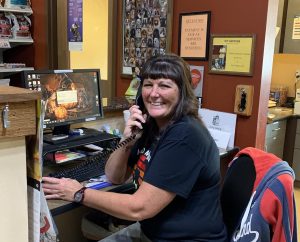 Kim has always had a passion for animals. After working in retail for over 23 years she was very excited to join the staff here at Waggin’ Wheel. She has been a long-time client with 3 dogs; two Weimaraners, Luka and Bruno, who are siblings and Princess who is a Siberian Husky.

Jackie is our dog trainer. She has been with us since 2009. She has three pointers, Ozzie, Doc, and Carson. 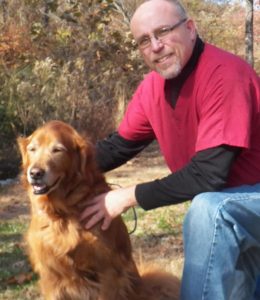 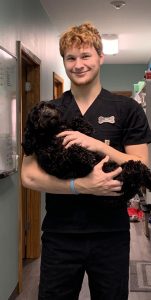 We will do our best to accommodate your busy schedule. Request an appointment today!

Font Resize
Contrast
Accessibility by WAH
Call Us Text Us